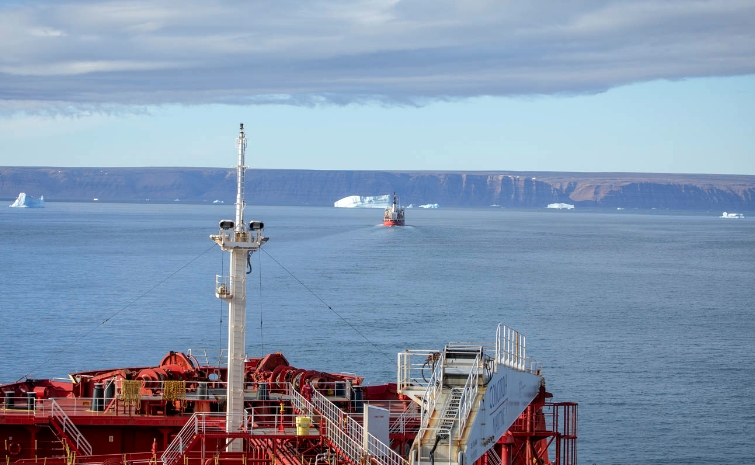 At the beginning of August 2022, Stena Polaris participated in US Air Force’s annual re-supply mission Pacer Goose. The purpose of the mission is to re-supply the US Thule Air Base in the northwest corner of Greenland with life-sustaining supplies, i.e. fuels, building materials, vehicles and other types of heavier supplies. The operation is carried out every year in July or August, the only time of year weather conditions permit and when the ice is at its thinnest. The Thule Air Base is operated by the US Air Force Space Command. The base was established in the 1940s and houses around 600 military personnel.

The Stena Polaris was used for the transport of 230,000 barrels of jet fuel. The journey from the port in Athens, Greece, through the Mediterranean, across the Atlantic and up through the Labrador Sea went well. The weather was good and the sea mostly ice-free. Stena Polaris was escorted into port by the two icebreakers Des Groseilliers and Ocean Gladiator.

Stena Polaris is since the beginning of 2022 contracted by Crowley Government Services Inc. Crowley in turn leases the vessel to the US Military Sealift Command, who use her for transportation of fuels to bases around the globe.

The Stena Polaris has been converted to meet requirements posed by the U.S. Department of Defense. Among other things, the ship has received equipment for bunkering military ships while at sea. Stena Polaris sails under the flag of United States and is manned by an American crew. 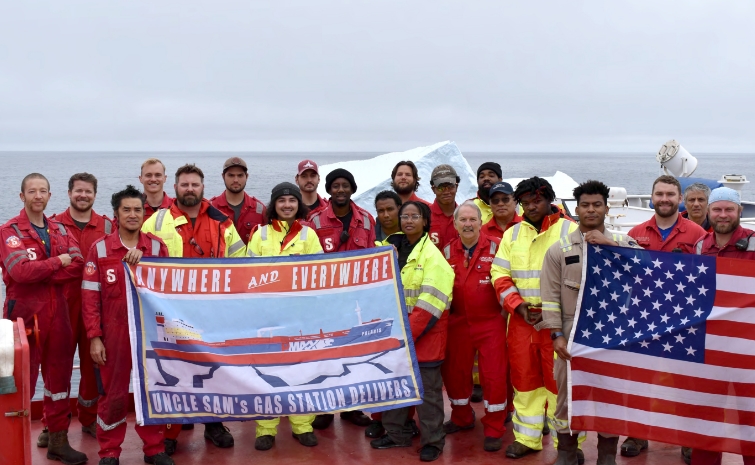 Behind the concept, which was developed together with close partners Stena Bulk and Stena Teknik, is a need to operate in shallow waters and ports with more cargo than corresponding vessels of the same size class. To make this possible, the P-MAX tankers are considerably wider than traditional MR tankers. The increased volume means that they are able to transport up to 30 percent more cargo.

Stena Polaris is built with the second highest ice classification, 1A. The enhanced ice capacity enables transport in seas with difficult ice conditions. In 2013, for example, she sailed the Northeast Passage, the sea route north of Europe and Asia. 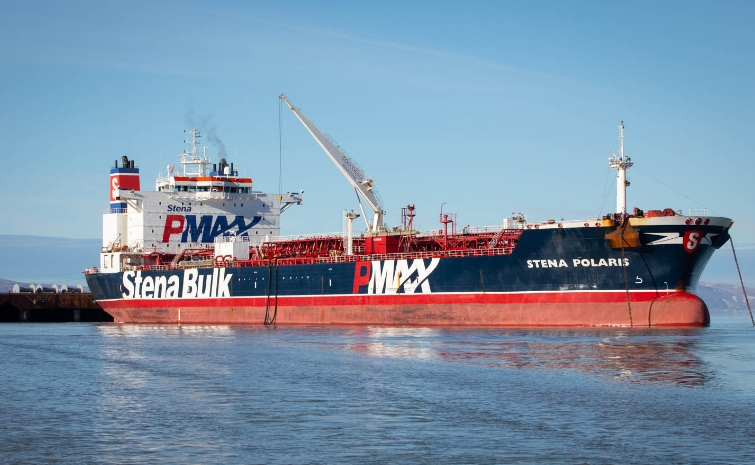 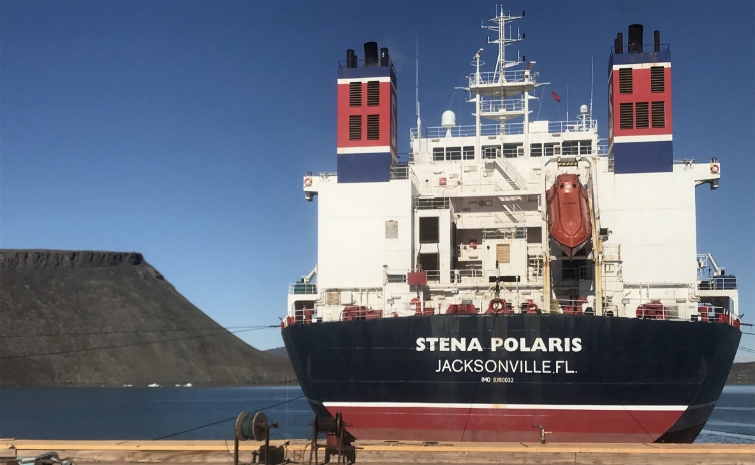 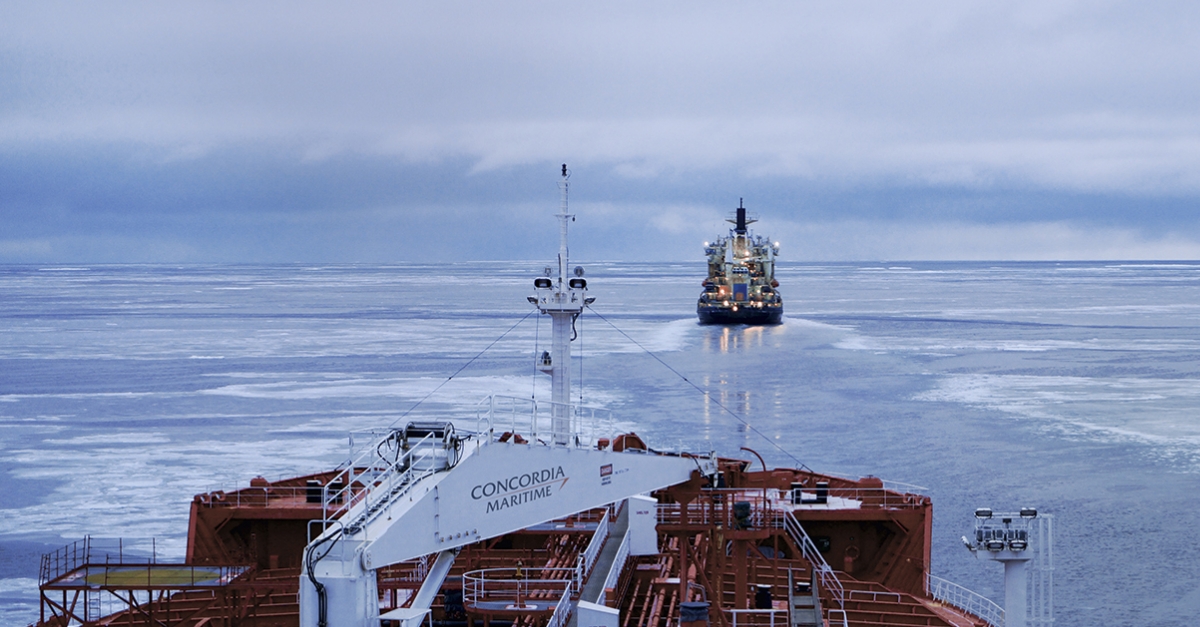 Last Photo: The Northeast Passage in 2013.