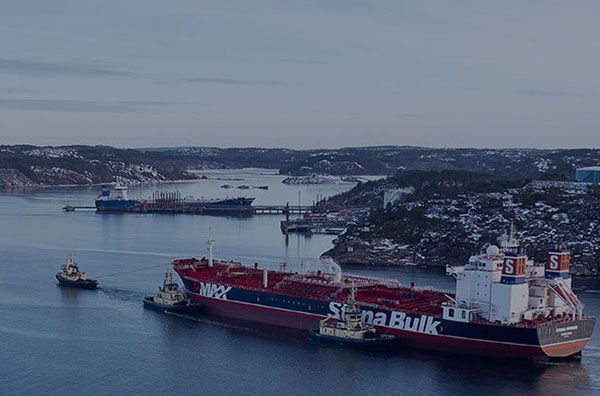 As expected, 2017 was a weak year – for the market and for Concordia Maritime. The combination of reduced shipping volumes due to OPEC’s output cuts and extensive ship deliveries contributed to an imbalance – which in turn resulted in low rates in all tanker market segments.

For our part, the year that has just ended was very much focused on adapting and positioning the fleet in line with the weak market, but also preparing for the upturn that we believe is coming in 2018. This work continued during the quarter with the chartering in of another MR (ECO) vessel. In January, after the end of the quarter, we then signed contracts for a further two MR (ECO) vessels. In parallel with the new contracts, we also extended the contracts for the currently chartered MR (ECO) vessels.

We have continued to identify niche trades for our P-MAX vessels, where their unique properties are particularly beneficial. This strategy contributed to their income for the year being about 25 percent higher than the market average in the MR segment. Six of the ten P-MAX tankers are employed on contracts up to and including summer 2018.

As we look back on the year, it is pleasing to note that 2017 was another year in which there were no serious incidents or accidents on any of our vessels. We have also continued our efforts to reduce vessel-related environmental impacts. The major focus here is on reducing emissions into the sea and air. Overall carbon dioxide emissions fell by more than 8,220 mt and sulphur dioxide emissions by 68 mt in 2017.

One of the main reasons for the weak market in recent years is an imbalance in terms of deliveries of new tankers and lower demand for transport of oil and oil products – as a result of OPEC’s reduced production and higher inventory levels in the consuming countries. Several factors point to a better balance during 2018.

Taking all this into account, we expect increased demand for tanker transport and a progressively more balanced and stronger market during the second half of 2018.